How to update Ubuntu

update
update is used to resynchronize the package index files from their sources. The indexes of available packages are fetched from the location(s) specified in /etc/apt/sources.list. For example, when using a Debian archive, this command retrieves and scans the Packages.gz files, so that information about new and updated packages is available. An update should always be performed before an upgrade or dist-upgrade. Please be aware that the overall progress meter will be incorrect as the size of the package files cannot be known in advance.

dist-upgrade
dist-upgrade in addition to performing the function of upgrade, also intelligently handles changing dependencies with new versions of packages; apt-get has a “smart” conflict resolution system, and it will attempt to upgrade the most important packages at the expense of less important ones if necessary. The dist-upgrade command may therefore remove some packages. The /etc/apt/sources.list file contains a list of locations from which to retrieve desired package files. See also apt_preferences(5) for a mechanism for overriding the general settings for individual packages.

The main distinction between apt-get upgrade and apt-get dist-upgrade is that in the former, none of the packages are removed. Software packages with newer versions are upgraded and none whatsoever are removed. In the latter, some newer packages are installed, and some are removed to satisfy certain dependencies.

Error in WordPress Toolkit when updating.

In File Manager, Edit the file and change the lower memory limit:

In WordPress Toolkit, re-run check for updates. Now you can update.

To install Samba, we run:

We can check if the installation was successful by running:

The following should be its output:

Now that Samba is installed, we need to create a use and directory for it to share:
Add a user

Add a directory to share (replace your username here).

The command above creates a new folder sambashare in our home directory which we will share later.

The configuration file for Samba is located at /etc/samba/smb.conf. To add the new directory as a share, we edit the file. Lets backup first.

Workgroup- make sure Workgroup is the same for your Windows box.

At the bottom of the file, add the following lines:

Then press Ctrl-O to save and Ctrl-X to exit from the nano text editor.
What we’ve just added

read only: Permission to modify the contents of the share folder is only granted when the value of this directive is no.

browsable: When set to yes, file managers such as Ubuntu’s default file manager will list this share under “Network” (it could also appear as browseable).

Now that we have our new share configured, save it and restart Samba for it to take effect:

On Ubuntu: Open up the default file manager and click Connect to Server then enter:

On Windows, open up File Manager and edit the file path to:

Note: ip-address is the Samba server IP address and sambashare is the name of the share.

You’ll be prompted for your credentials. Enter them to connect!

Uninstall all linux distributions.
Uninstall WSL (right-click on the windows start logo> App and Features> Enable or disable windows features> uncheck the box for Windows Subsystem for Linux).
Restart the computer.
Open PowerShell in administrator mode and perform the simplified installation of WSL, as it already (i) enables the optional WSL and Virtual Machine Platform components, (ii) downloads and installs the latest Linux kernel, (iii) defines WSL 2 as the default and (iv) download and install an Ubuntu distribution (Just to inform you, I had previously performed the manual installation):

Restart your computer, and wait while Ubuntu boots.
Within Ubuntu, enter the new user account and password.
Run the commands for installing and configuring the CUDA Toolkit:

Then, follow the CUDA Toolkit Documentation > CUDA on WSL tutorial at https://docs.nvidia.com/cuda/wsl-user-guide/index.html 26, which is the same as the video “GPU Accelerated Machine Learning with WSL 2 “from Youtube:

In order to get the latest version of Redis, we will use apt to install it from the official Ubuntu repositories.

This will download and install Redis and its dependencies.

If on A regular Ubuntu distribution, change the configuration for the server to run as a service.

Open this file with your preferred text editor:

Start by checking that the Redis service is running:

To test that Redis is functioning correctly, connect to the server using the command-line client:

In the prompt that follows, test connectivity with the ping command:

To illustrate this, we will use a Hive and Hadoop environment, containing 5 Docker Containers from – https://github.com/mesmacosta/docker-hive.
Since I am on windows, I use Github desktop. 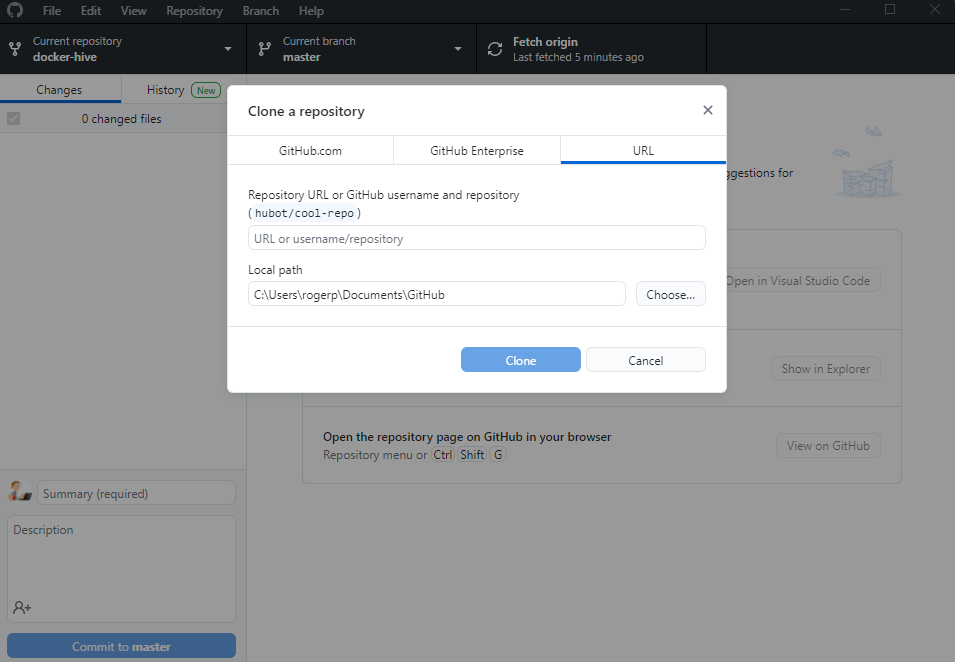 Now open command prompt or Powershell – AS ADMINISTRATOR – and go to the directory where the docker files are located. In my case its in Documents > Github > docker-hive.

Now let’s start up those containers:

Note: If you receive this error:
Error response from daemon: Ports are not available: listen tcp 0.0.0.0:50070: bind: An attempt was made to access a socket in a way forbidden by its access permissions.

Run this in command prompt or PS:

We can see 5 containers:

Next let’s check our Docker networks:

By default docker compose sets up a single network for your app. And your app’s network is given a name based on the “project name”, originated from the name of the directory it lives in.

So since our directory is named docker-hive, this explains the new network.

Docker inspect can retrieve low-level information on Docker objects. You can pick out any field from the returned JSON.

Let’s get the IP Address from the dockerhive_datanode.

Get the container ID from the above command to find the following:

This method allows one to return low-level information on the container or image.
Syntax

Run sudo /usr/bin/nvidia-uninstall to uninstall a manually installed driver, if you still got one.

Remove everything of your old NVIDIA driver (simulate first):

If only nvidia packages are there to be removed, remove really:

If nvidia-390 is still recommended, add your output of sudo ubuntu-drivers autoinstall again.