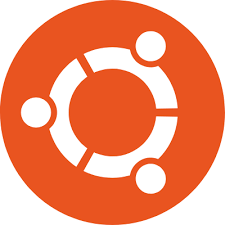 UFW is installed by default on Ubuntu. If it has been uninstalled for some reason, yYou can install it with apt-get:

By default, UFW is disabled so you should see something like this:

If UFW is active, the output will say that it’s active, and it will list any rules that are set. For example, if the firewall is set to allow SSH (port 22) connections from anywhere, the output might look something like this:

Let’s set your UFW rules back to the defaults so we can be sure that you’ll be able to follow along with this tutorial. To set the defaults used by UFW, use these commands:

As you might have guessed, these commands set the defaults to deny incoming and allow outgoing connections. These firewall defaults, by themselves, might suffice for a personal computer but servers typically need to respond to incoming requests from outside users. We’ll look into that next.

To configure your server to allow incoming SSH connections, you can use this UFW command:

this command works the same as the one above:

Now that your firewall is configured to allow incoming SSH connections, we can enable it

HTTP—port 80
HTTP connections, which is what unencrypted web servers use, can be allowed with this command:

If you’d rather use the port number, 80, use this command:

HTTPS—port 443
HTTPS connections, which is what encrypted web servers use, can be allowed with this command:

If you’d rather use the port number, 443, use this command:

FTP—port 21
FTP connections, which is used for unencrypted file transfers (which you probably shouldn’t use anyway), can be allowed with this command:

If you’d rather use the port number, 21, use this command:

Allow Specific Port Ranges
You can specify port ranges with UFW. Some applications use multiple ports, instead of a single port.

When specifying port ranges with UFW, you must specify the protocol (tcp or udp) that the rules should apply to. We haven’t mentioned this before because not specifying the protocol simply allows both protocols, which is OK in most cases.

Allow Specific IP Addresses
When working with UFW, you can also specify IP addresses. For example, if you want to allow connections from a specific IP address, such as a work or home IP address of 15.15.15.51, you need to specify “from” then the IP address:

You can also specify a specific port that the IP address is allowed to connect to by adding “to any port” followed by the port number. For example, If you want to allow 15.15.15.51 to connect to port 22 (SSH), use this command:

Allow Connections to a Specific Network Interface
If you want to create a firewall rule that only applies to a specific network interface, you can do so by specifying “allow in on” followed by the name of the network interface.

You may want to look up your network interfaces before continuing. To do so, use this command:

The highlighted output indicates the network interface names. They are typically named something like “eth0” or “eth1”. So, if your server has a public network interface called eth0, you could allow HTTP traffic (port 80) to it with this command:

Doing so would allow your server to receive HTTP requests from the public Internet.

Or, if you want your MySQL database server (port 3306) to listen for connections on the private network interface eth1, for example, you could use this command:

This would allow other servers on your private network to connect to your MySQL database.

Deny Connections
If you haven’t changed the default policy for incoming connections, UFW is configured to deny all incoming connections. Generally, this simplifies the process of creating a secure firewall policy by requiring you to create rules that explicitly allow specific ports and IP addresses through.

To write deny rules, you can use the commands that we described above except you need to replace “allow” with “deny”.

For example to deny HTTP connections, you could use this command:

If you need help writing any other deny rules, just look at the previous allow rules and update them accordingly.

Now let’s take a look at how to delete rules.

Delete Rules
Knowing how to delete firewall rules is just as important as knowing how to create them. There are two different ways specify which rules to delete: by rule number or by the actual rule (similar to how the rules were specified when they were created). We’ll start with the delete by rule number method because it is easier, compared to writing the actual rules to delete, if you’re new to UFW.

By Rule Number
If you’re using the rule number to delete firewall rules, the first thing you’ll want to do is get a list of your firewall rules. The UFW status command has an option to display numbers next to each rule, as demonstrated here:

If we decide that we want to delete rule 2, the one that allows port 80 (HTTP) connections, we can specify it in a UFW delete command like this:

This would show a confirmation prompt then delete rule 2, which allows HTTP connections. Note that if you have IPv6 enabled, you would want to delete the corresponding IPv6 rule as well.

By Actual Rule
The alternative to rule numbers is to specify the actual rule to delete. For example, if you want to remove the “allow http” rule, you could write it like this:

You could also specify the rule by “allow 80”, instead of by service name:

This method will delete both IPv4 and IPv6 rules, if they exist.

How To Disable UFW (optional)
If you decide you don’t want to use UFW for whatever reason, you can disable it with this command:

Any rules that you created with UFW will no longer be active. You can always run sudo ufw enable if you need to activate it later.

Reset UFW Rules (optional)
If you already have UFW rules configured but you decide that you want to start over, you can use the reset command:

This will disable UFW and delete any rules that were previously defined. Keep in mind that the default policies won’t change to their original settings, if you modified them at any point. This should give you a fresh start with UFW.

Any cookies that may not be particularly necessary for the website to function and is used specifically to collect user personal data via analytics, ads, other embedded contents are termed as non-necessary cookies. It is mandatory to procure user consent prior to running these cookies on your website.